So what did I decide to write about when I first started to write seriously?

I felt a sense of total freedom as I asked myself this question. I had my imagination and I knew how to write. (I mean ‘write’ not write skilfully.) So what would I most like to read about? If anything could happen, what would I like it to be? Of course, it would only be fiction, but …

Then I narrowed it down to two options.

One: I wanted to write about a character who wakes in the middle of the night to find he has been suddenly thrust into a situation where he is invisible and cannot have any physical presence in the world. He sees himself, he is still a man, and becomes anxious and runs and runs without tiring in a quest to find meaning and a presence in a world that is now totally different. I would call this novel Running. 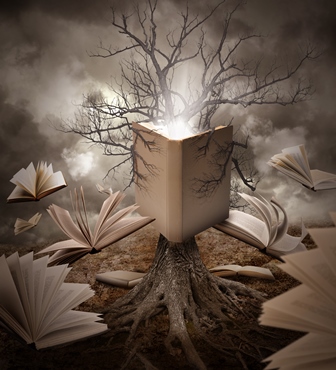 Two: I wanted to write about a couple of teenagers bumping into each other one foggy night at the foot of a magical staircase that had descended to suburban Melbourne. They would get to know each other as they descended the stairs high up into the sky, and then beyond to other places, on a mission that is wilder than anything they could have imagined. This I eventually called Story.

I started Running in 1996 and finished the first draft of this, my first novel, about a year later. I remember, years after that, reaching 21 drafts (not all re-writes, but some were). Currently I still have about a month of work to complete before it is finally finished yet again, and hopefully for the last time. One chapter called Leaving the Body won a short-story competition, although that theme became only a small part of the book.

Story was completed – even the final draft – in about 2001, just six months after I began it. The opening chapters managed to get the book short-listed in a writing comp. I am so proud of these two novels and hope to one day get them both published.

The point of all this, however, is something else. When I began Running only Lilette was there to read it, and a friend called Jenny. My initial drafts were terrible, but both of them, particularly Jenny, encouraged me to keep writing. Jenny asked for each chapter as it was finished and politely ignored all the faults in my writing and encouraged me to go on. Without her encouragement I would not be writing or editing now.

The lesson is this: pick who you show your writing to.

Groups and workshops can also be a valuable source of encouragement. I was fortunate to have many supports in my early years of writing from lecturers at Melbourne and RMIT universities, and earlier at Chisholm and Northern Metropolitan Institutes of Technology (NMIT). Their names were Liam Davison, Barry Carozzi, Antoni Jach and Kevin Brophy – all wonderful men, writers and teachers. Mordialloc Writer’s Group was also invaluable. In each case ‘criticism’ was always constructive – it was about what I could try to do better.

I think constructive advice and encouragement is something we all need, in regard to our writing or to anything at all.

For projects expecting to take more than five hours we will provide an hour of FREE editing as a sample, without obligation. We also offer a free quote for all projects.